Exploration on darkness #1 (games we play in the dark) 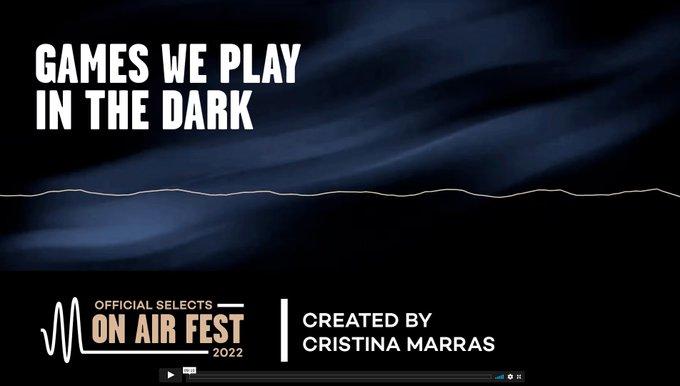 Mario has a fascinating family. First of all, they come from the mainland, and this is always a bit of a sensation for us islanders. But there is more: his mum is divorced and lives with Mario’s father, but they are not married.

I am pretty sure that Mario’s mother is the first divorced woman I meet in my life. And she even has an older daughter, from a previous relationship!

Adults talk about Mario’s mum in a whisper, and there is a certain reluctance to welcome them in the neighbourhood. Once we were at his place and I went to the toilet and saw a condom floating in the toilet. Terrifying, fascinating.

So, there is a game that Mario and I play constantly during the Summer when I’m 11, here it’s how it goes.

We play this game a lot with Mario.

Did I tell you that there is an

I mean, besides his Mum being divorced and all. Mario is always pale. I mean, all children from the mainland are pale for us islanders, but Mario is pale in a specific way.

I found out the meaning of that specificity one day that someone bullied him at school and he came home with a cut on his eyebrow. He was paler than usual and scared. All the adults fussing around him, worried, and then the whispered words heart murmur - that’s what I think was the main issue with him, the reason why his mother always recommended that I make sure that he doesn’t strain himself by performing any activity that makes him sweat. Sweating was strictly forbidden for Mario.

I am not sure what it means to have a heart murmur, but I take my role as a big sister with enthusiasm, glad to have an excuse to ignore those annoying rules on how a female must behave in puberty.

So here we are. We have closed the shutters and the room is dark enough for us to see everything grey. It is disquieting because in the dim light we can easily make out the contour of the furniture (I remember a large bed, so we must be in the master bedroom), terrifying shadows behind every corner, it feels like we stepped inside a real-life black & white movie, but stranger. Uncanny.

I don’t remember how or who came up with the idea of this game, I don’t even think we have given it a name, I only know that we have been playing it compulsively forever and ever, always at his home because Mario – unlike me – is very often home alone.

In my memory, we have played this game during the entire Summer, that strange Summer when so many strange things happened to our families. No one took the time to explain what happened to us, the kids, no one told us why the strange behaviours by the adults.

Our game played in the dark. Although, now that I think about it, I have the impression that Mario was scared of darkness because it happened in that strange Summer that he did several sleepovers at our place – I mean, this per se was really strange, he lived around the corner and sleepovers weren’t common back then, but I remember Mario sleeping in the guest bed, and I remember him asking for a nightlamp because he was scared of sleeping in the dark and I also remember that he could only fall asleep if he rolled violently his head on the pillow – from right to left, from left to right, for what it felt like hours. I remember listening to that unfamiliar sound in the dark of my room ”swhiiis – swhiiisch”.

After all that happened that Summer, our families lost contact, his family moved back to the mainland and we haven’t seen each other or spoken since.

I confess that I did think about contacting him, but then, what…? To ask him whether he remembers when we scared ourselves to death by running like crazy in the dark listening to Profondo Rosso?

One last thing. I haven’t explained why I didn’t reveal my friend’s real name. I did it on purpose, because I searched for him on the internet, hoping to find him on social media. Well, I did find him.

It turns out that, despite the paleness of his youth, Mario became first Italian and then European champion in a quite violent contact sport. So he is well known among people who follow that sport.

There you go, from darkness to light, Mario must have overcome whatever demons he had, that didn’t allow him to sleep well in the dark.

Darkness is an overused metaphor to describe negative feelings. We need to remember that, like all metaphors, it is just an image.

This is part of my explorations on darkness. Its reality is rich in meanings and suggestions. Here I explore some of them.

And you can always tell me what is darkness for you, of course.