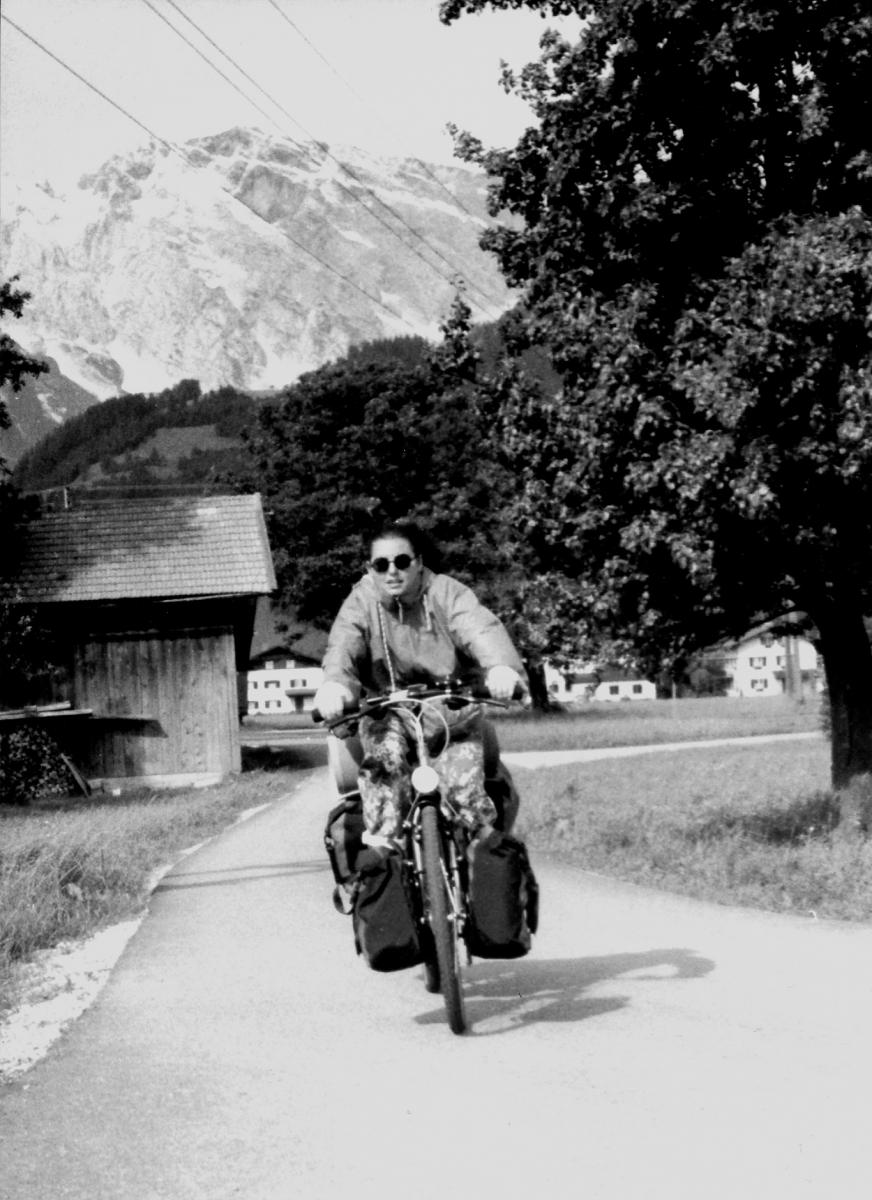 The first surprise was to realise that the pain was not in my legs, not in my back but in my arms, in the wrists to be precise. We left Berlin on our bikes in the early morning of 23rd June 1990, destination India.

I remember the strange feeling of riding through suburban Berlin, the same bike path I had taken hundreds of times, but everything looked and felt different, because of my awareness that I was starting a very long journey.

We had planned to ride from Berlin to India. Norbert was riding his (for those times) good - but normal - bike, while I was riding the mythical Koga-Miyata, one of the very first mountain bikes sold in Germany (and probably in Europe). It had cost one million lire (it was before the Euro), my parents' graduation present. A ludicrous prize, unheard of. I had both friends and family frowning. After all, it was well before bicycles became ultra-technological and very expensive.

We were carrying 40kg altogether, divided exactly 16 on my bike and 24 on Norbert's. Packing had been organised strategically and meticulously, no indulgences allowed, just state of the art camping gear, maps and very few clothing. 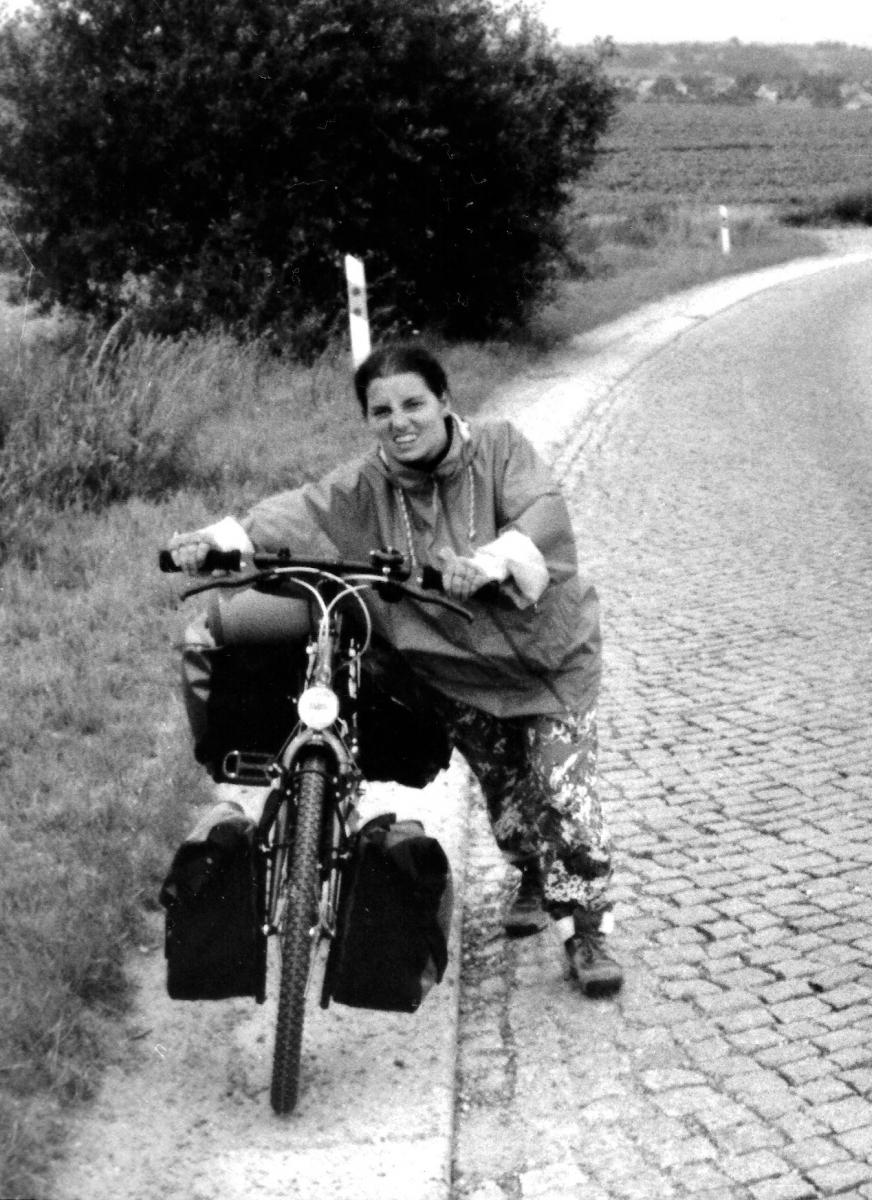 The first part of the trip went like a breeze, starting with crossing the former DDR. It had been a mere 6 months since the wall come down, Europe was still discussing whether to allow the unification between East and West Germany and the people in the East didn't know how to behave. One day, after riding for 10 hours straight, the only grocery store in the village refused to take our German Marks, and we had to ride to the next village to get some food.

We managed to get a lift to Istanbul on a passing truck, but the man at the bike shop was adamant: Shimano wasn't distributed in Turkey, the only way to get a new set of Shimano gears was to have them posted from one of the very few shops in Berlin who had them ready in stock. 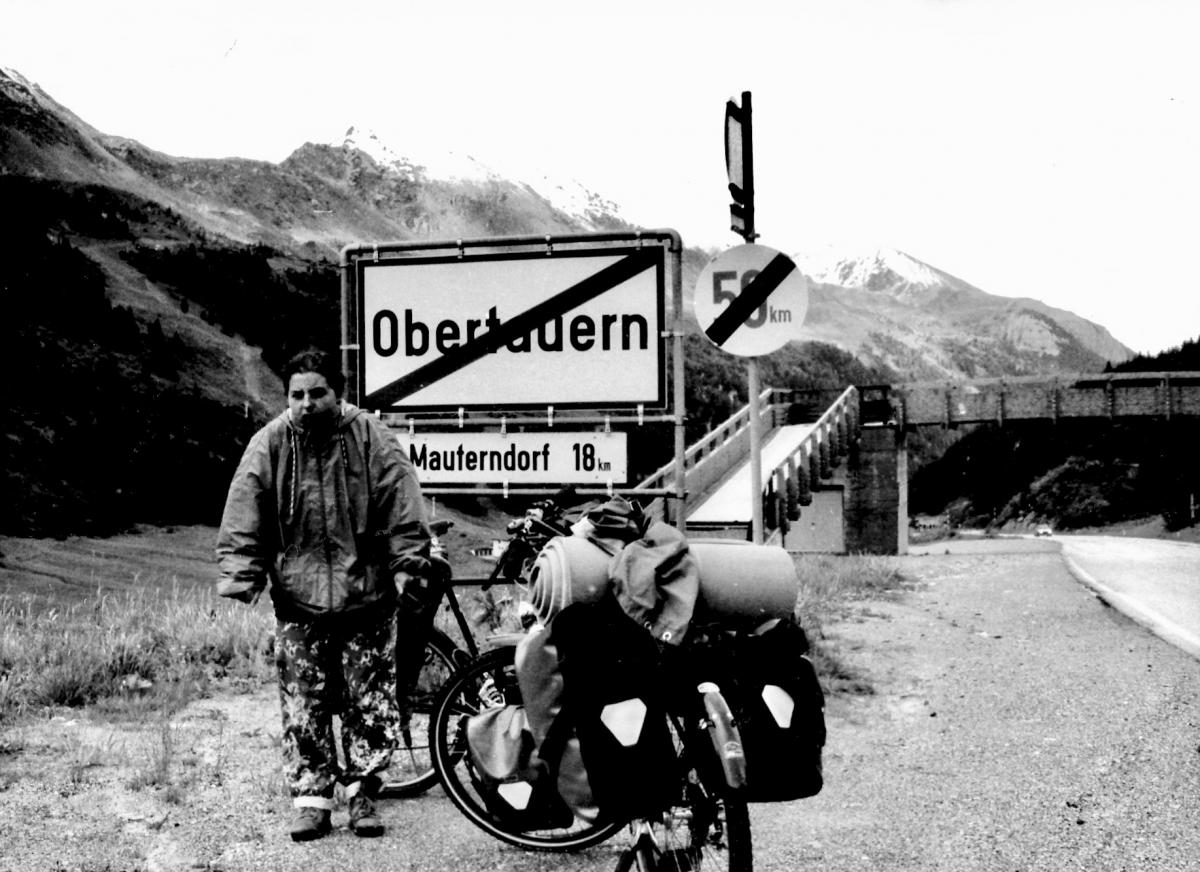 So we decided to cut our losses and go back home. Back then, the Istanbul airport didn't have many amenities and, above all, there wasn't luggage storage and we couldn't leave the bikes, so we were stuck at the airport until our flight, several days later (yes, it was long before daily connections between international capitals). I let you imagine what we looked (and smelt) like when we finally arrived in Berlin.

One in Berlin it took us just a few days to buy a ticket to Koh Samui (back then it was still a well-kept secret) to recover from the 3,000ks that we did manage to burn after all.

After spending two relaxing months in Thailand, the first thing that the customs guy told us when we landed in Mumbai, was not to leave the airport. People were burning themselves alive in the streets, protesting against the new laws prohibiting casts discrimination.

I had never been so scared in my life.

Of course, the night that our bus to Srinagar was stopped by an angry mob throwing stones (cannot even remember why were they so angry, the bus never left, we never visited Srinagar), well that was also pretty scary, although also not the worst in the eight months spent in India.

But this is another story.

Originally posted on 28/08/2018 on Address Approximate